So, your reach is going downhill for no reason and you don’t know what to do.

Reach declining always on top of complaint charts, and every month it repeats.

For some people, it is weird and unfair but let me tell you: History repeats itself. The same thing happened to AOL, Google, MSN, Facebook and so forth.

Let us get it straight, then:

… And yes there’s some stuff you can do about it.

WHY IS MY REACH DECLINING?

As we studied the Instagram algorithm in the past year, I’ll try to cut the technical part as best as I can:

Understand that the algorithm works incredibly well: You’ll certainly see posts by your mom, GF, BF, best friends and so forth (Facebook got a lot of data on you… Yes, even if you have separate accounts)

Some of you might remember December 2013, when “Facebook Zero” hit and business pages’ reach vanished into thin air.

Everyone went crazy, people said there would be boycotts, that Facebook was out of their mind and…. 1 year later the number of advertisers DOUBLED. (Yep, Zuckerberg knows his stuff)

Now take Instagram into account: The number of advertisers and business accounts grow in a steady ratio: They double EVERY QUARTER (yeah).

Historically, Facebook knows the number of business accounts tends to decline and to avoid having the number of advertisers decline as well, they have two options:

⏩ Increase ad cost (will cause the platform to be labelled “too expensive”)
⏩ A decrease in organic reach.

… You know which one they picked.

The far most effective way: Play the game. Start seeing your page as an investor that puts in X amount of money to get 3X in return. Running online ads is still incredibly cheap for the result you get. No, they will not cut your reach after you start promoting shit. (In reality, it went up every single time)

Stop acting like a damn robot: It is called SOCIAL media for a reason. Quit doing stuff that has nothing social about it (like tagging the same 20 profiles in every single post, following random people outside your niche, spamming dumb comments & stuff like that)

Post WAY more often. As a general rule, the more you post, the better your results. (Yes, as far as posting 10+ times a day) Think Gary Vaynerchuk, that “sucker” is everywhere.

Go live as much as you can and post INTERACTIVE stories daily. (forget that “we don’t favour any specific kind of content” stuff they want you to believe in).

I’ll try and keep this updated and answer questions y’all might have.

Hope your 2019 had a productive start! 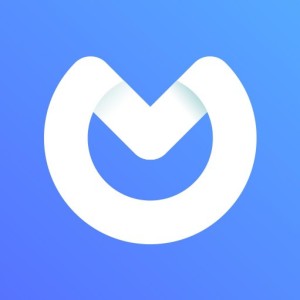 Our experts on Instagram and Facebook growth strategies will post tips and recommendations on how to growth your social media accounts and share secrets of doing business with their help after growing. Read our articles and you will always be up to date with the latest news and global Instagram trends.

How to get started?